The Strange Reversal of Commentary Box Norms in Indian Cricket 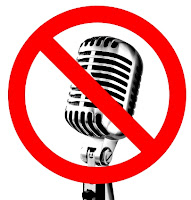 The players play the game whereas the commentators 'speak' the game. This would be a simple definition of a commentator in sports. While speaking the game, s/he analyses, interprets, and gives a little sports history and so on to the viewers. Moreover, the  commentators  have a major role in making each and every moment of the game thrilling and attractive. The presence of commentators especially in the era of live-telecast is a necessity. Along with the fabulous performance of the star players, the commentators also have done a remarkable job in making different kinds of sports popular. The case of cricket in India after the live telecast revolution is no different either.


What exactly do the commentators do in the commentary- box in the live telecast of a cricket match? They provide the 'dialogic-punch' for an otherwise visual-alone stream of events on the screen. The situation could be compared to that of adding dialogues to a movie without dialogues. Putting it differently, the function of commentary in a game of cricket in the age of live telecast is analogically same as that of  the dialogues (audio) of a movie. The important point to notice is that the commentators are speaking for the viewers and not for the players. The players who are in the field at the time of game are deaf to the voices in the commentary box (there are exceptions in cases where the players in the field interact with the commentators and thereby to the audience in some of the T20 leagues like Big Bash and so on). Generally, it is only the television viewers who are able to  literally 'hear' the running commentary.


Given this scenario, the following question seems to be worth asking. When does a particular cricket commentary become a 'good' commentary? An associated problem is, who has the expertise and who can be the authority to judge a commentary as good or bad? As it is mentioned in the beginning, the commentators speak the game and the television viewers listen to the commentators along with the visuals. Thus, it is obvious that there cannot be better judges than the viewers who have gained adequate knowledge of the game by regularly watching the live- telecast. So far so good; but the question about the basis for judging a  commentary as good or bad is yet to be answered. There could be various factors which would make a commentary good and generally they are matters of both  style and content. If the commentator can create the ‘mood of the game’ in the viewers’ minds, s/he may be  called as a good commentator. This can be the most generally accepted idea, though a sketchy one, of a good commentary/ commentator.


Another concern which can come up immediately is about the commentator taking sides. Whether a commentator is actually supposed to take sides in commentary at all or s/he should be impartial and objective in speaking the game for the viewers. Alternatively it can be asked whether the commentators should speak 'on behalf of' the viewers by taking into account their expected (patriotic/ non-patriotic) sentiments of the moment. Cricket, at the international level, like many other sports, has emotions attached to it and they become high when the teams with a large group of fanfare play crucial games in important tournaments. When a commentator narrates the game in the most objective fashion possible, and it happens to be that the commentary dissatisfies the supporters of the losing team, is it correct to say that a particular commentator despite being a citizen of the country represented by the losing team is a 'bad' commentator? The simple answer which makes sense in this context is 'NO'. But things are running in the opposite direction in the Indian Cricket scene now.


Harsha Bhogle , the most experienced and well-known cricket commentator lost his BCCI job after a tweet by the most experienced celebrity in Bollywood(Hindi Movie World) namely Amitabh Bachchan. See the tweet here. He alleged that  ‘an Indian commentator should have spoken more about Indian players and their game rather than about the players of other team(s). Interestingly the limited overs Indian cricket team captain M.S. Dhoni who led the team in the tournament shared and seconded Bachchan's opinion in his tweet. See the tweet here .This happened in the context of the  World T20 tournament which ended recently, where India managed only to reach the semifinals of the tournament. Bhogle lost his place from the panel of commentators for the ongoing Indian Premier League-9  and he was sacked by the BCCI without showing any reason. This seems to be an alarming situation for the reason that the man who is one among the pioneer commentators from India in the field of cricket with his experience of more than twenty-five years in the commentary box, who also has a remarkable role in popularizing cricket in India is jobless for doing his job with the good sense of professionalism.

BCCI took Bachchan's and Dhoni's opinions as the opinion of all the team India supporters and here comes the question about  the role of a commentator. Are they supposed to represent any of the teams which play the game and take sides accordingly or not, even though they are hired by one of the  cricket boards? Those who support Bachchan, Dhoni and the BCCI might claim that there is nothing wrong in taking sides in the commentary box and that it is the first and last job of a commentator who is also employed by the  administrative body which also fields  one of the teams.  For example, if  a commentator, Bhogle is a contractual commentator of BCCI and he is in the commentary box when India plays, irrespective of what happens in the field, he must support team India, even if they display poor cricketing skills on that day. This argument is weak and faulty since the objective commentary in any match might affect the interests and emotions of the supporters of either of the teams and one has to live with that. The fandom in cricket, like in any other sport must be mature enough to approach and reflect ‘sportsman spirit’ . Just because a fact wounds your emotions, how does speaking the truth become a sin after all? By sacking him, is not the BCCI establishing a wrong precedence which kills the right spirit of  the game of cricket itself in terms of viewing the game?


The matter does not end there and it has a flipside as well and it has to do with a currently developing peculiar trait in the spectatorial behavior in India, especially in Cricket. It has become an unwritten norm pushed forth by some cricket viewers in India that whenever team India plays at the international stage and if you happen to be an Indian citizen, you must support team India. The so-called reason for this is that International cricket matches are venues to display your patriotism and national pride. If you are not supporting team India even when they fail in certain matches, just because you would like to see the game of cricket as it is, you are a traitor and a lesser-patriot. Harsha Bhogle is a traitor, according to this standard. How strange  are these days!.


It appears that there is a clear case of argumentum ad verecundiam fallacy involved in the BCCI's decision. So, Bachchan is not an appropriate authority at all in the first place as far as cricket commentary and its rules are concerned. It is doubtful whether he is aware of or have even thought about the professional commitments of a commentator at all? He would not have expressed such a judgment on Bhogle had he been thought about those things in the first place. Harsha Bhogle's reply here says that the professional standards that one must keep in speaking the game vary from situation to situation and channels to channels. Star Sports One, he says, is an international feed and viewers all over the world and not just in India are watching that. While doing commentary for such a channel where the demands of the profession require the commentator to be objective and where the commentator is supposed to cater to a worldwide  viewership, how is it possible at all to demand the opposite!


Cricket is Cricket plus many things these days. At times, it is Cricket+patriotism, Cricket+national pride, at times, Cricket+fandom and so on. Given this scenario and the reduction of all matches into its bi-valued results, either a win or a loss, things end up in strange situations like the one at hand. The cry is not for a balanced commentary, rather for a clearly partial one. A commentary which supports my team alone would count as a good commentary. It is not the narration of the beauty of the game and its moments, irrespective of the teams which play it that matters these days, but the false narration which can create make-beliefs in the minds of some blind patriotic fans. It is also interesting to add on to this that BCCI always claims at the courts of law that it is a private body and has nothing to do with the Indian nation state. But they sell-out  patriotism  with ease.


A good commentary in Cricket, (and also in other games) is something which is supposed to give a true narration of the events in the field with high accuracy which eventually delivers to the viewer the right mode and mood of the game. Sentiments and Sports are intertwined, but finding  the true sportsman spirit is the  good road ahead for the fans and enthusiasts.